Writing this week’s solo meal has been harder than I ever thought it would be. I just felt that it is so wrong to write about enjoying a meal by yourself and celebrate solitude when I have failed to do so this week.

This week was busy at work filled with learning new things and challenges that kept me occupied for most of the day, but then every night when I head to my flat, I felt the emptiness taking over me.
During the day, I found myself enjoying the walk under the sun with a temperature hitting 48°C. In fact, I might have been the sole person who enjoyed that in the city, but then the sun made me feel warm at last. The heat of the sun made me feel the warmth that I miss, the warmth that I can’t find during the rest of the day.

Writing this now makes it very clear how I got my colds.
Which was another reason that made writing this so hard. I fell sick last week with fever and colds and realized that no matter how used I get to being alone, in these hours I feel like it is the first time for me to be left alone.

On that day with all these emotions and sickness, I still got up and cooked myself Mujaddara.

To start with, Mujaddara is a vegan dish made from lentils, rice, onions, and olive oil. As simple as that, yet the taste could not be described. There are multiple ways to cook it, some would cook it with burghul instead of rice and some would burn the onions first and use that to cook the Mujaddara so it would get a reddish color. It is funny that I am the only one in my family who prefers the rice Mujaddara over the one with burghul.

Mujaddara was the first dish that I ever cooked for myself back in Hong Kong when I first left home. And now it became a staple in my kitchen.

Even now whenever I go home, I always ask mom to cook Mujaddara, while she would protest that I always cook that, and I should enjoy other dishes that I don’t usually cook. But then Mujaddara is one of the few dishes that both sides of my family used to cook. It is the dish that takes me back to many places, it takes me to my grandfather’s house in Amman. It takes me back to Salma’s (Grandma) house in Damascus and takes me back to Rana’s (mom) kitchen table.

While eating Mujaddara and till the very last bite left in the pot, I get the chance to feel like home again surrounded with love and even if that was for half an hour or so, it still helps.

I must learn to love the fool in me – the one who feels too much, talks too much, takes too many chances, wins sometimes and loses often, lacks self- control, loves and hates, hurts and gets hurt, promises and breaks promises, laughs and cries.

Cooking Mujaddara is super easy and doesn’t take time at all.

First start by soaking the rice, usually, I soak it for around 15 minutes. Meanwhile in a pot on high heat place the lentils and water. Keep cooking the lentils on high heat (uncovered), add half a cup of water twice. The lentils should take 15 minutes to cook, the same time the rice takes to soak.

At the same time while the lentils are cooking, finely chop one onion. This would be sauteed in oil and added to the Mujaddara while cooking. Finely slice another onion, this would be coated with flour and deep-fried to be used as a garnish.

Once the lentils are cooked, measure what is left from the water and keep it as you will use the same water to cook the rice.

Drain the rice and add it on top of the lentils, followed by the lentil’s water that you saved and salt. Cook the rice and lentils on high heat till the water starts to boil, then reduce the heat to medium, cover and leave for 5 minutes. The next step would be adding the onion that was sautéed in olive oil, reduce the heat further and cook for 10 minutes till the rice is cooked.

Serve the Mujaddara with yogurt and top it with lots of fried onion on top. 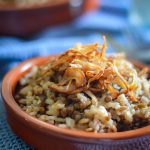 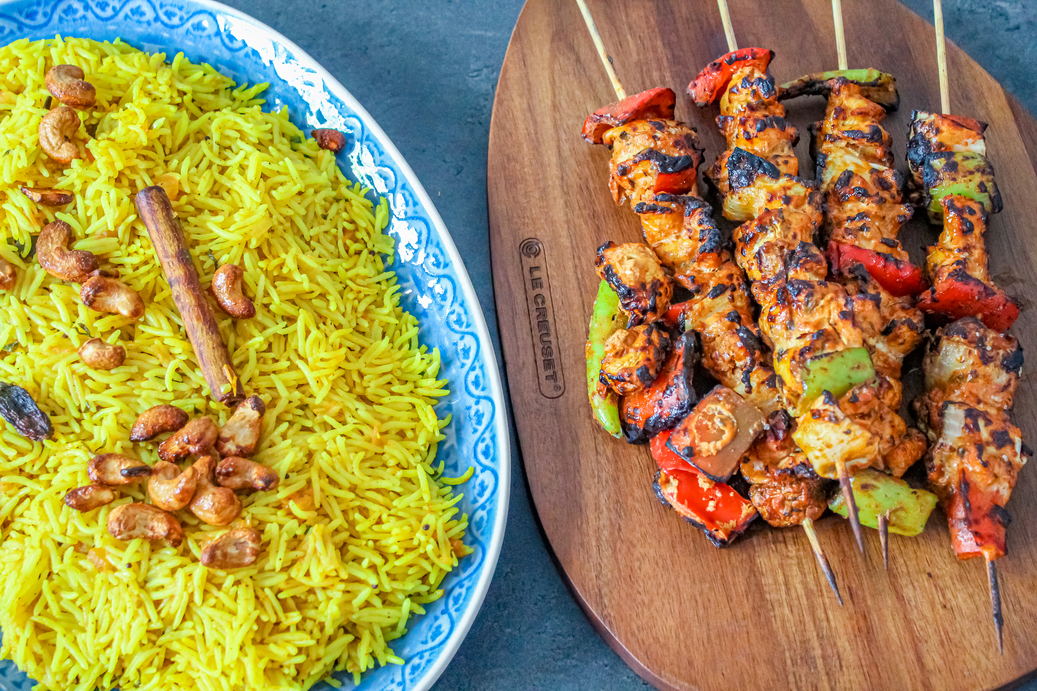 Summers for me are all about BBQ parties. Dad has always been the master of the grill and being close to my dad, I always 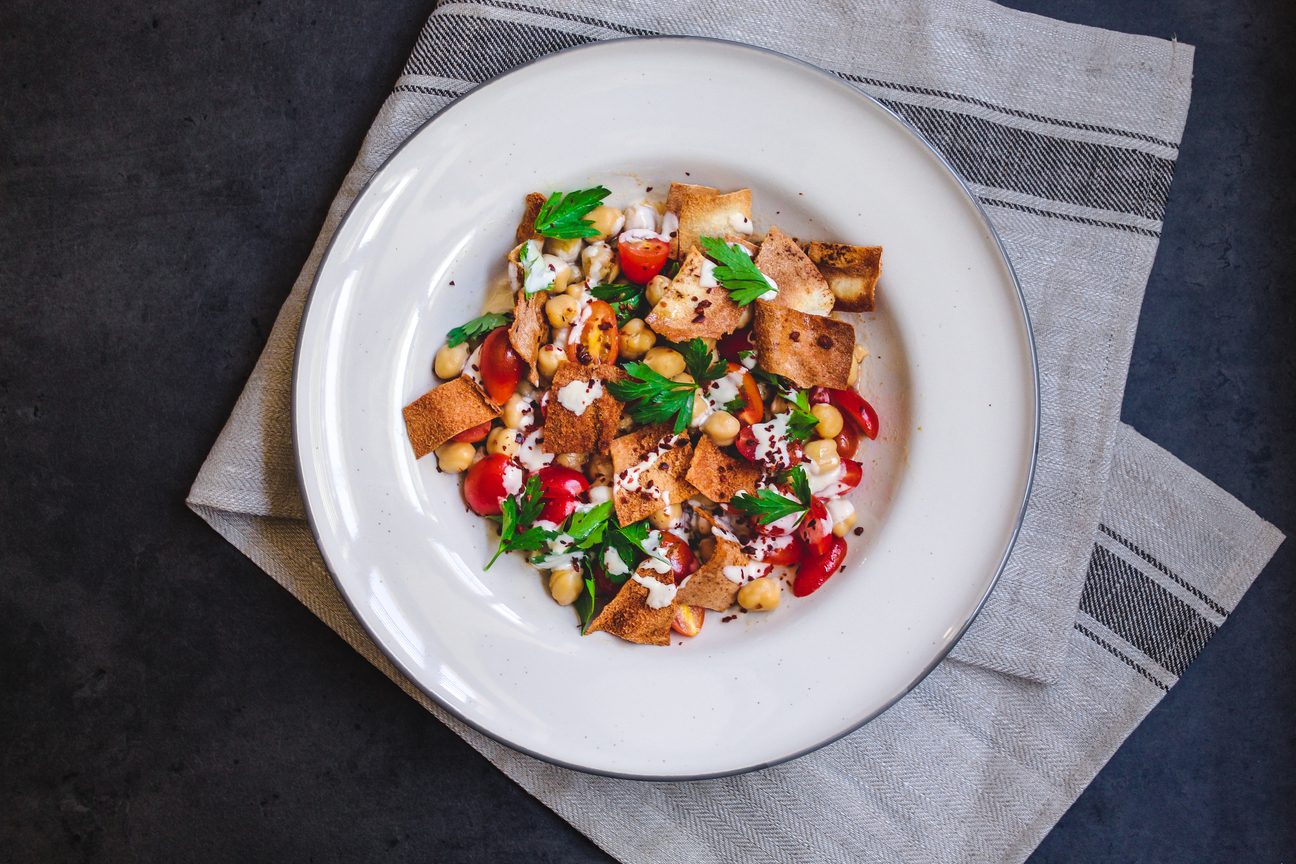 During hot summer days, I always feel like I want to eat something lighter. But I also want it to be fulfilling and slightly warm. 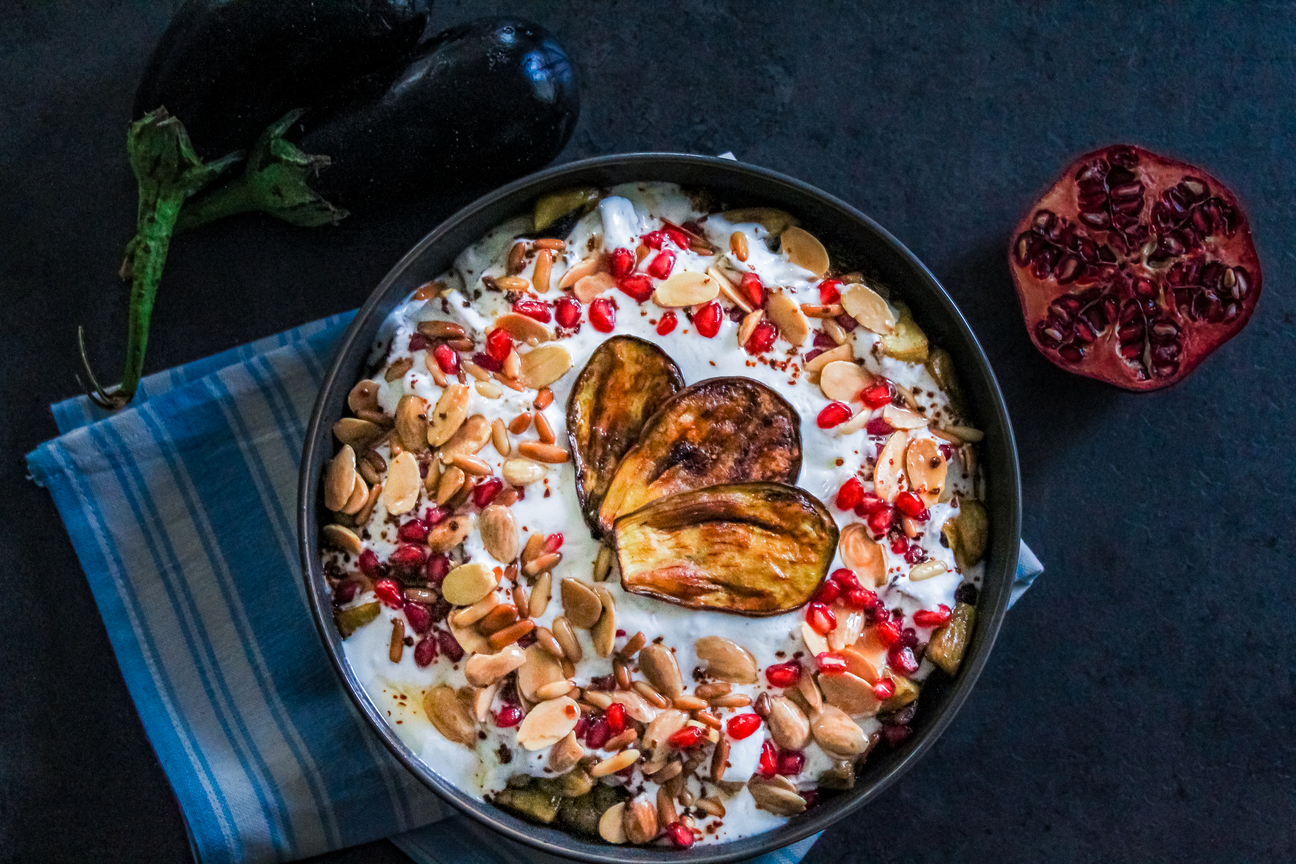 Fatteh is a category of dishes very popular in the Levant which comes in many variations. The essential ingredient in fatteh is pita bread and